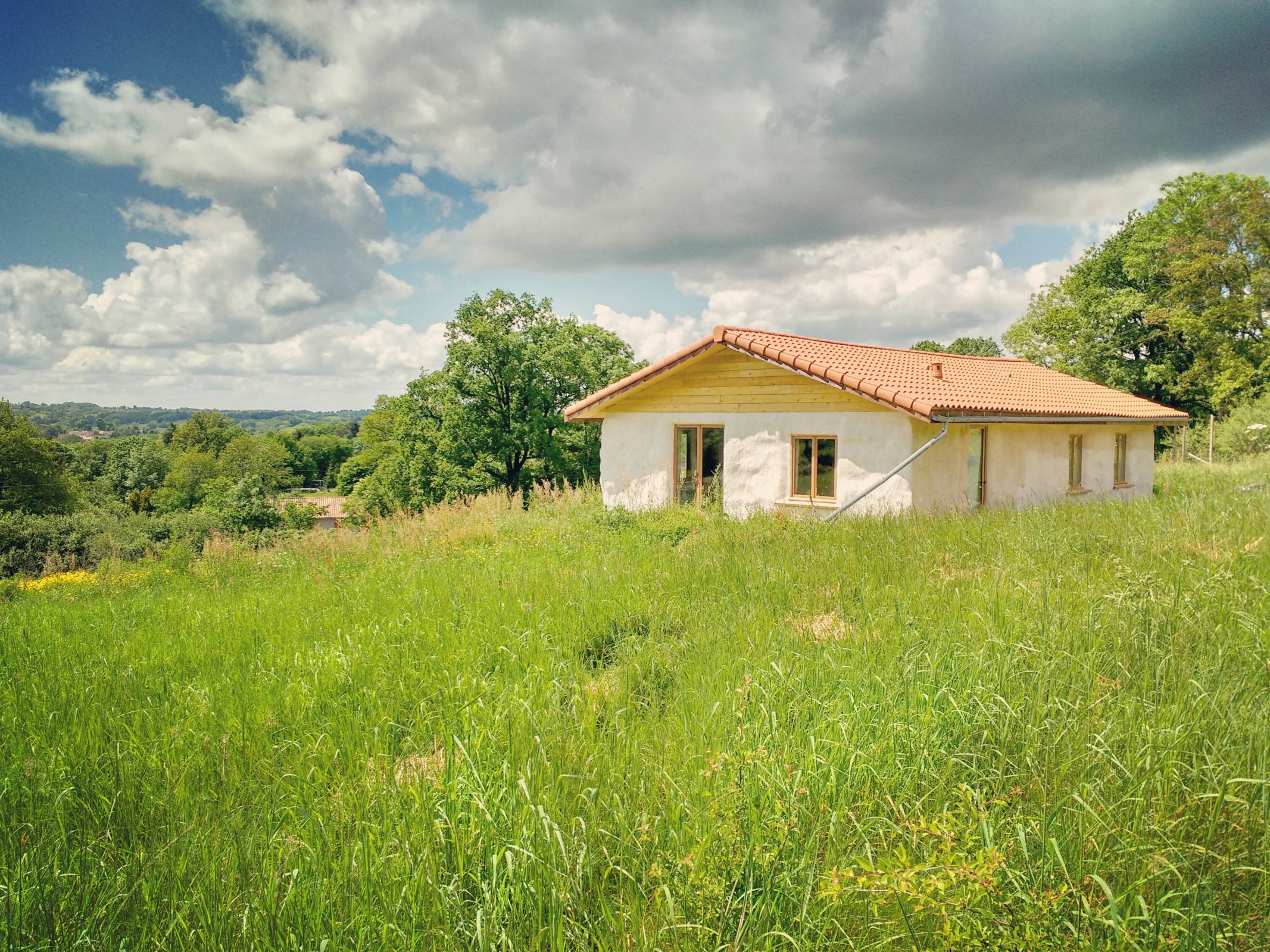 With winter well and truly behind us I find that now is the time to reflect upon some of the successes, failures and surprises which the winter and spring had in store for us and our straw bale house.

Leading up to May, the to-do list was seemingly impossible! We had a very specific position we needed to reach in order to be happy to go away and work in the Spanish mountains for a month training new seasonal teams for Collett’s Mountain Holidays. A month is a long time to be away, which meant we had to feel very reassured that the house would be water-tight, wind proof and bug resistant. A tall order with limited funds, a ferociously cold and wet winter, working, not to mention the time taken up through just living in the caravan.

First up was to finish all the glazing. We made a strong start on the windows prior to Christmas and continued in the same vein with the rest; earning, buying then fitting. We were quite close to the mark some months, so determined were we to water proof the house! Windows before food 🙂 It took around six months for us to fit all the glazing, finally finishing with the front door in April, about two weeks prior to our trip.

The process was slow in terms of weatherproofing the outside of the windows and doors because we really wanted to have curvy reveals, which meant a whole lot of hessianing and straw stuffing to achieve the desired result. Eventually, when plastering the inside was taken into account, each opening needed six hessian reveals attaching, so with 10 openings, that was 60 reveals! It took a loooong time. But the result is totally worth it. 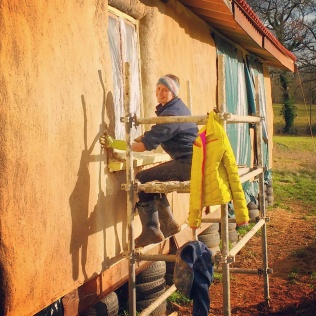 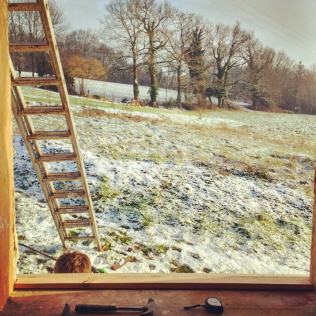 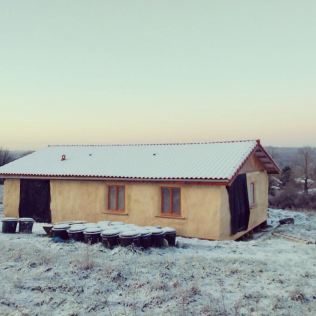 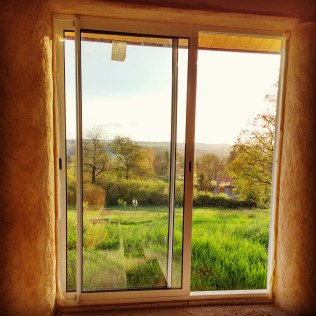 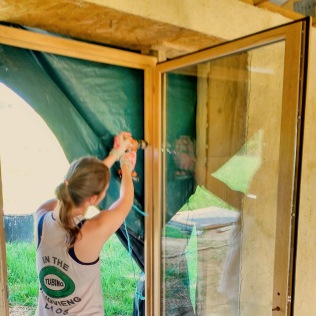 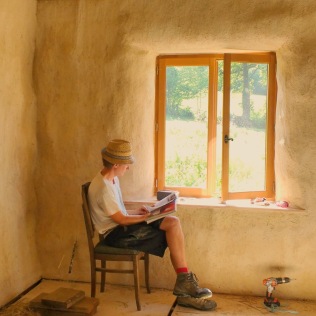 In order to make sure the external ‘super structure’ was completely sealed there were a couple of finishing touches necessary. Completing the finishing touches is more satisfying than I ever imagined – a permanent feature of the house! Whoop! Seemingly boring soffits became an element of joy as we put them up around the edge of the roof overhang and the wall. As did the gable end cladding which adds a touch of the mountains to our house. Putting up the cladding was also the ultimate shoulder workout with just the two of us holding and drilling above head height up a ladder, I now have deltoids I’d only ever dreamed of 💪🏼 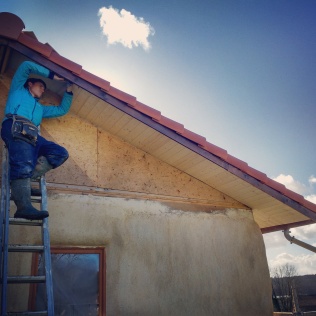 Attaching the soffit wood – such a satisfying job! 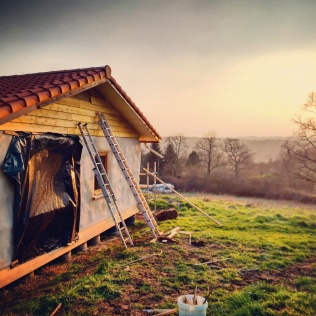 Putting up cladding on the gable ends 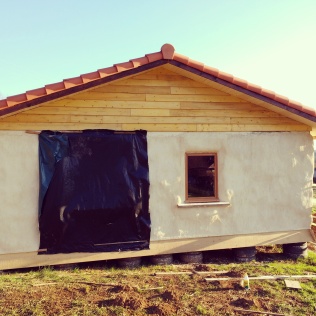 Alongside the beautiful curvy window and door reveals, another lovely aspect of straw bale houses is the thickness of the walls. This allows us to create a seat in every window. To ensure that they were strong enough to hold a person/teddy bear/cat we added a wooden structure underneath the window sub-frame. Placed on top of that we used some thick flooring tongue and groove pine and then oiled the wood with linseed oil for an attractive finish. 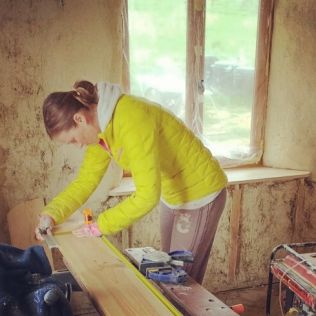 Marking up the window seats 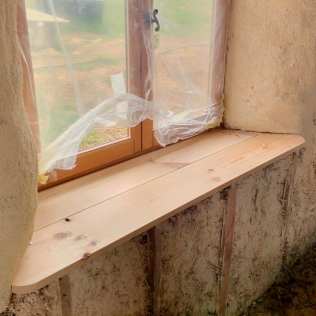 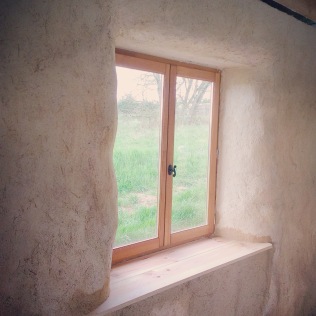 Once all the external bits and pieces were finished off and the window seats were in place, we moved our focus onto the internal plastering. As soon as the temperature started to rise above 5 degrees we could start applying the key coat of lime plaster to the inside of the house. We began with help from my family, including my miniature nieces (aged 2 & 4), who were particularly useful on the lower parts of the wall and who had some serious fun transferring the sand into the lime bucket – ace!

As with the outside, this was the most time consuming layer and the most uncomfortable because it has to be massaged into the straw causing serious bouts of hand cramp! But we had a deadline – some of Dan’s family were coming to stay over Easter and wanted, nigh on begged, to help work on the house 😀

We wanted to use the time with them to do the second body coat of plaster inside the house because it isn’t too difficult and is perhaps the most satisfying part of all the plastering process. Both our family’s help and visits helped us with a much needed injection of motivation and spurred us on to get all of the straw completely covered both inside and out before leaving to go to Spain. 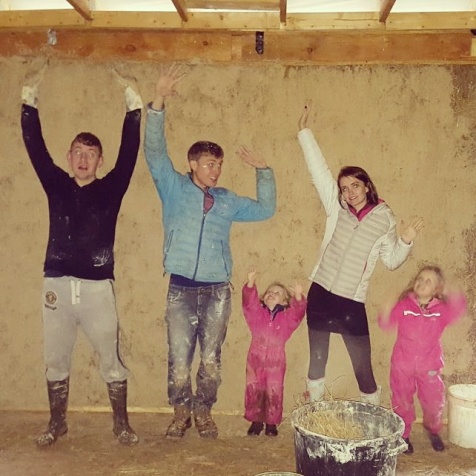 Love me some family labour! 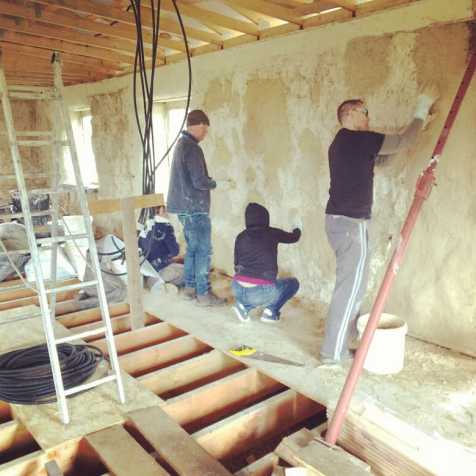 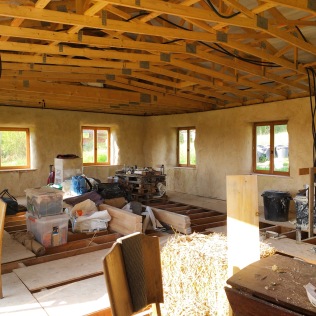 After the body coat of plaster 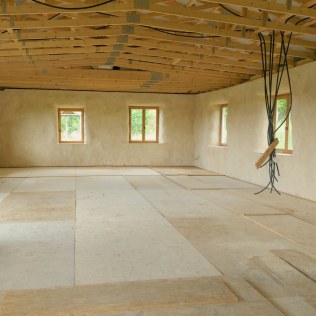 Once the body coat had dried out 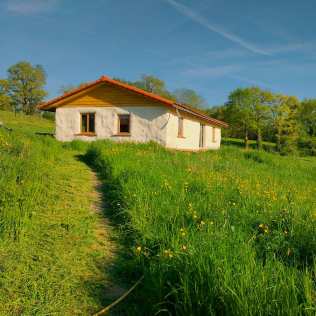 The finished outside of the house

The final part of the waterproofing process was to cover the external walls with lime wash. This is essentially lime mixed with water and adds huge waterproofing. So far we have covered the house with one coat but five a recommended with a smidge of linseed oil in the final layer. It seems to heal most of the hairline cracks in the wall and creates a uniform colour across the wall, albeit quiet a bright white. I think we will add a natural pigment to the final layer. 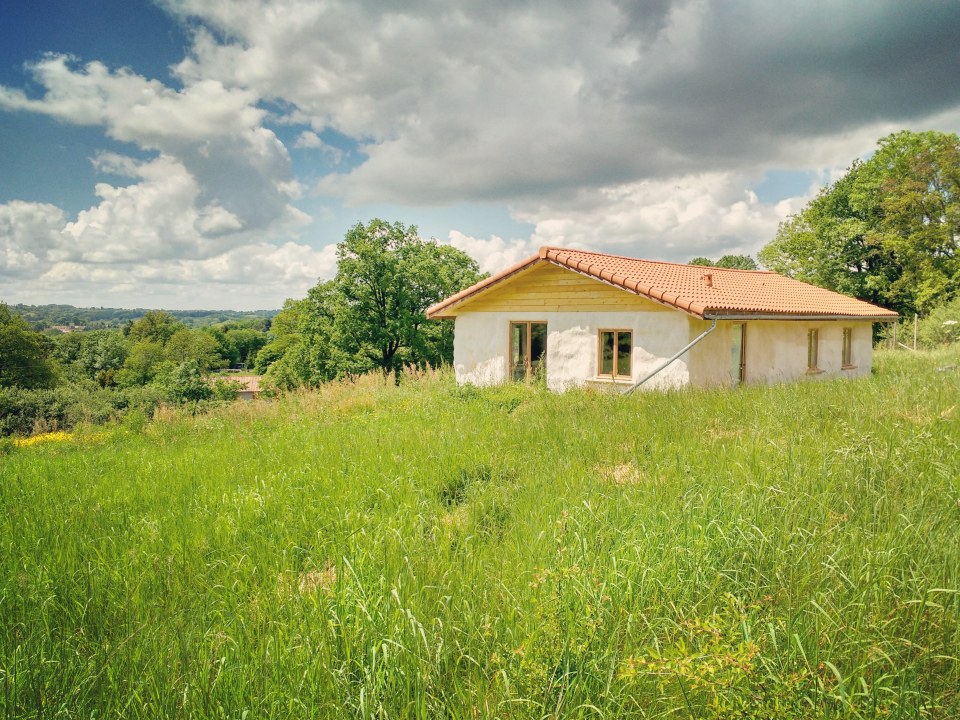 ← Van Life
Packing My Bags For The Misty Mountains →

16 Comments on “A Sealed Super Structure”