Soul Searching Amongst The Stars 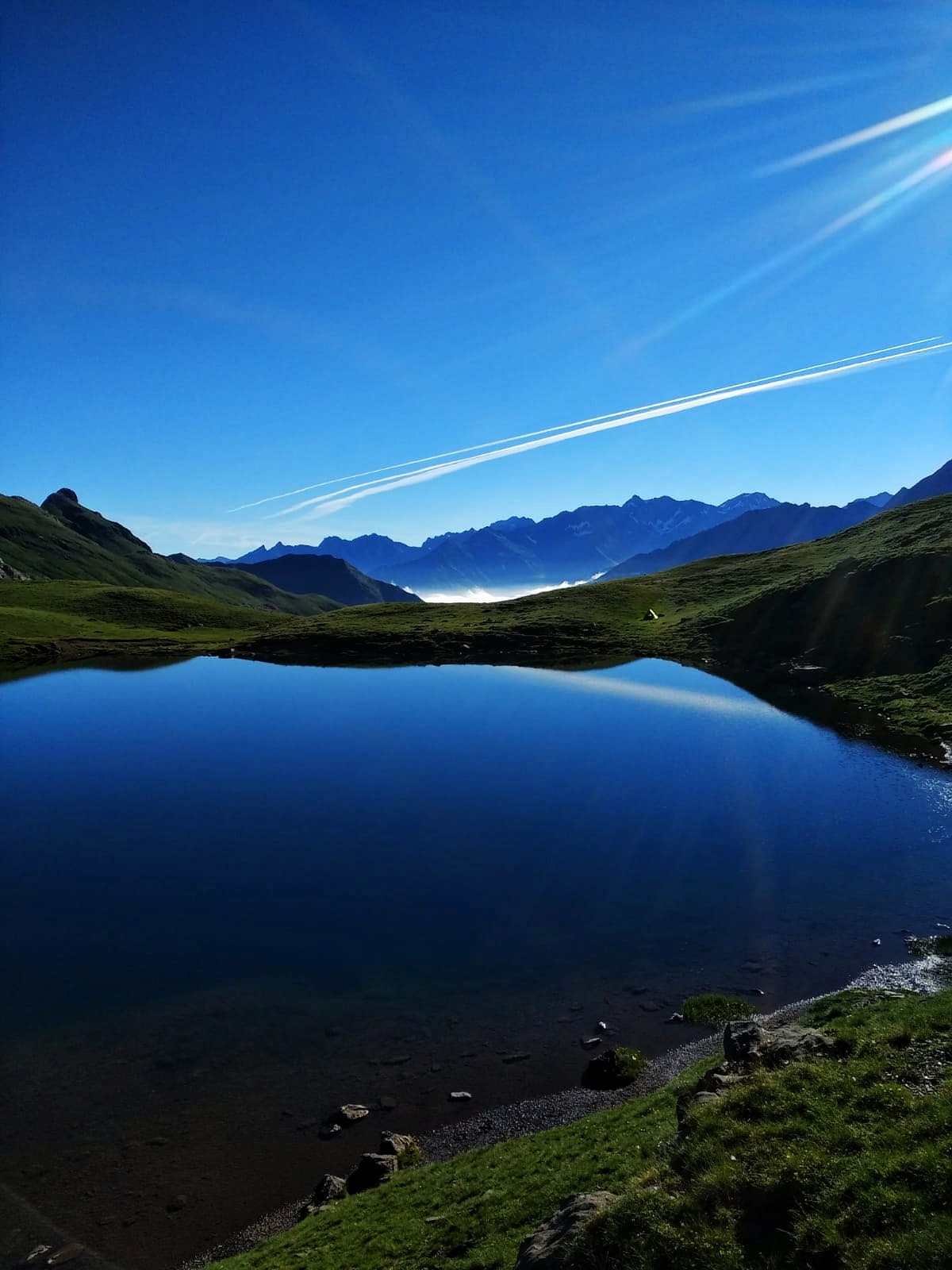 So far 2020 has been a real eye opener, hasn’t it? With our usual jaunt in the Pyrenees working for Collett’s Mountain Holidays cancelled due to the COVID19 crisis, we took the opportunity (as soon as lockdown would let us), to set off on some new paths high up in the French Pyrenees. It seemed to us to be the perfect getaway amidst all the virus madness – with our own tents and enough food for a few days, no need to see anyone or stay in hotels.

In some ways I am are grateful for the virus, recognising that we wouldn’t have taken these two trips if we had already had our mountain fix doing the staff training in Panticosa. That’s not to say that I didn’t miss that work terribly, only that there is always a silver lining. In July we set off for Cirque De Gavarnie, Queen of the French Pyrenees, and spent three days hiking all over the place; around the Cirque itself, up towards the Brèche De Roland, over into Spain (shhh…only about 20 metres into Spain, and we were 2700m up!). We camped out at the most beautiful lake and were treated to an ethereal scene under a full moon in the middle of the night, topped only by a heavenly sight above a cloud inversion in the morning. And of course, I treated myself to plenty of mountains dips – it is still my absolute favourite thing to do, swim in secluded mountain water. Dan decided to join me a little later, only he didn’t realise quite how much later it had become. I went swimming at 6:30am, but it turned out it was nearly 10am by the time he got down to his birthday suit to get in. Of course, at that exact millisecond, three keen walkers came trundling around the corner.

Although we truly enjoyed the first couple of days playing near the Brèche De Roland and camping out on the border of Spain, it was the final day which stole our hearts. Heading up along the east side of the cirque, we were treated to one of the most spectacular walks we have ever done. It had everything; pristine forest, incomprehensible views, rivers, balcony paths, wildlife, and nature snacks. The highest point of this stunning amble brought us to the well-guarded (by mules) Refuge Des Espuguettes, where we enjoyed a view of the massive peaks to the right of the Cirque, had a coffee and were treated to a close encounter with vultures. Something must have sadly died but, in true nature’s style, this led to the furthering of other lives and it wasn’t long before vulture after vulture came literally whizzing past us the sound of which I had never heard before – I could hear the air displacement as they essentially dive bombed down to the valley. An incredible sight from such huge birds.

Towards the end of this glorious day, Dan found a little-used path off to the side the main drag which led from the base of the Cirque back into the town of Gavarnie. As the sun slanted down between the trees, we hopped over fallen logs across the soft moss until Dan crouched down and pointed to the ground-covering foliage. It took a moment, but once my eyes adjusted I saw a perfectly plump tiny red strawberry. Nom. Once my eyes had focussed on one, the floor became a carpet of sweet, ripe strawberries. We didn’t speak again, instinct took over. After 5, possibly 10, minutes or so I finally looked up to find Dan over on the other side of the glade with his hands full of the lush berries and me happily washing them in my hands and promptly yomping them all down. An unforgettable moment where everything else just fell away, leaving only the strawberry foraging, the sun and the forest in my mind.

Our second time out and we were a bit more adventurous, bivouacking out on the mountain for four days. It’s quite fascinating how long four days feels when you’re up there. Coffee, walk, swim, eat, sleep, repeat. A simple existence, but a refreshing one. I had zero phone signal for the entire four days around Lac De Gaube, Vignemale, Port Du Marcadau and Grande Fache, and what a blessing it was. We didn’t see more than 10 people the entire time. It was so reinvigorating, enlivening and such a stark contrast to the feeling of near apocalypse when we came back down to earth with a bump in Cauterets, being greeted with the endless masks, restrictions and alcohol gel in the small mountain town. I seriously considered turning on my heels and literally running for the hills. In some ways, although I felt better during the time in the mountains – outside, mask free, electrically detoxing, in others it has only made my head space worse coming back.

This part of the French Pyrenees is well known amongst the mountain community, and yet we had never made it there despite having lived and worked in the Spanish Pyrenees for a long time.

Although we only spent three nights out on the mountainside, we experienced a surprising variety of weather types. From driving, bitter north winds with 10m visibility, to searing hot days without a cloud in the sky, to a frozen nighttime wonderland, with twinkling frost touching everything including our tent. It was during the latter night that I eagerly jumped out of my sleeping bag at 4am, opened the tent door to see the full moon, only to realise that I hadn’t been showered with condensation….odd, I thought. So I scratched at the tent door and found great globules of ice. Hurrah! I quietly (maybe not so quietly, I definitely woke Dan!) said to myself, a perfect night for stargazing. I ran/stumbled out of our tent to be greeted with the most amazing star show. Orion rising over the summits, the Milky Way behind me on the other side of this mountain amphitheatre. Pure delight! These moments make you realise what is truly important in life. After a few seconds I realised it was chocking cold, grabbed my wool jacket as well as my camera and tripod, and took a few long-exposure snaps. I didn’t think much of them until I came back down to earth a few days later, but happily they truly show the moonscape wonderland I saw that night.

I can’t wait to explore more of this area and although I had wanted to come here for a long time, it is really thanks to the COVID19 crisis that we ended up exploring the two areas. Despite feeling the heaviness of this crisis health-wise and the weight of all the barriers it is putting in place for us all, I won’t forget these two beautiful trips as I bask in their memory for years to come.